The following text in from the 5th book of "Story of my Life" of Casanova, where he is in Paris.

After the dessert Tour d’Auvergne left us to go and see the Prince de Turenne, who was in a high fever, and after he was gone Madame d’Urfe began to discuss alchemy and magic, and all the other branches of her beloved science, or rather infatuation. When we got on to the magnum opus, and I asked her if she knew the nature of the first matter, it was only her politeness which prevented her from laughing; but controlling herself, she replied graciously that she already possessed the philosopher’s stone, and that she was acquainted with all the operations of the work. She then shewed me a collection of books which had belonged to the great d’Urfe, and Renee of Savoy, his wife; but she had added to it manuscripts which had cost her more than a hundred thousand francs. Paracelsus was her favourite author, and according to her he was neither man, woman, nor hermaphrodite, and had the misfortune to poison himself with an overdose of his panacea, or universal medicine. She shewed me a short manuscript in French, where the great work was clearly explained. She told me that she did not keep it under lock and key, because it was written in a cypher, the secret of which was known only to herself.
(...)
From the library we went into the laboratory, at which I was truly astonished. She shewed me matter that had been in the furnace for fifteen years, and was to be there for four or five years more. It was a powder of projection which was to transform instantaneously all metals into the finest gold. She shewed me a pipe by which the coal descended to the furnace, keeping it always at the same heat. The lumps of coal were impelled by their own weight at proper intervals and in equal quantities, so that she was often three months without looking at the furnace, the temperature remaining the same the whole time. The cinders were removed by another pipe, most ingeniously contrived, which also answered the purpose of a ventilator.
The calcination of mercury was mere child’s play to this wonderful woman. She shewed me the calcined matter, and said that whenever I liked she would instruct me as to the process. I next saw the Tree of Diana of the famous Taliamed, whose pupil she was. His real name was Maillot, and according to Madame d’Urfe he had not, as was supposed, died at Marseilles, but was still alive; “and,” added she, with a slight smile, “I often get letters from him. If the Regent of France,” said she, “had listened to me he would be alive now. He was my first friend; he gave me the name of Egeria, and he married me to M. d’Urfe”
She possessed a commentary on Raymond Lully, which cleared up all difficult points in the comments of Arnold de Villanova on the works of Roger Bacon and Geber, who, according to her, were still alive. This precious manuscript was in an ivory casket, the key of which she kept religiously; indeed her laboratory was a closed room to all but myself. I saw a small cask full of ‘platina del Pinto’, which she told me she could transmute into gold when she pleased. It had been given her by M. Vood himself in 1743. She shewed me the same metal in four phials. In the first three the platinum remained intact in sulphuric, nitric, and muriatic acid, but in the fourth, which contained ‘aqua regia’, the metal had not been able to resist the action of the acid. She melted it with the burning-glass, and said it could be melted in no other way, which proved, in her opinion, its superiority to gold. She shewed me some precipitated by sal ammoniac, which would not precipitate gold.
Her athanor had been alight for fifteen years. The top was full of black coal, which made me conclude that she had been in the laboratory two or three days before. Stopping before the Tree of Diana, I asked her, in a respectful voice, if she agreed with those who said it was only fit to amuse children. She replied, in a dignified manner, that she had made it to divert herself with the crystallization of the silver, spirit of nitre, and mercury, and that she looked upon it as a piece of metallic vegetation, representing in little what nature performed on a larger scale; but she added, very seriously, that she could make a Tree of Diana which should be a very Tree of the Sun, which would produce golden fruit, which might be gathered, and which would continue to be produced till no more remained of a certain ingredient. I said modestly that I could not believe the thing possible without the powder of projection, but her only answer was a pleased smile.
She then pointed out a china basin containing nitre, mercury, and sulphur, and a fixed salt on a plate. (etc etc) the folowing part here.

Fortunately, Giacomo Casanova, had the good fortune to enter her Laboratory, and he also had the marvellous idea to put on the paper his stories and adventures, otherwise, nothing would have remain of this historical encounter between these two people.
Where is now this ciphered book that described in full the Great Work ? Where is this marvellous athanor burning at equal temperature ? Lost maybe, or in a private collection for the book ?
Taliamed was in fact Benoît de Maillet, (1656 and dead or not dead, in 1738 in Marseille; consul of France in Egypt, and inspector of the French Establishments au Levant, author of a theory about Earth evolution). 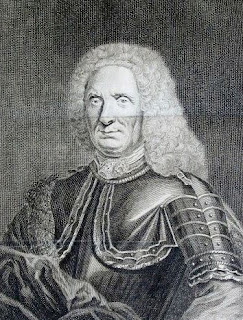 1735 Benoit de Maillet.
If B. de Maillet, was the teacher of Marquise D'Urfée, then he was himself a very good Alchemist and Hermetist. Which can be proved by the dedication his books and the "To the illustrious Cyrano De Bergerac" in the first volume of his Telliamed.
Vol I
Vol II
"Plata del Pinto", is in fact platina, which was discovered in Jamaïca, in Rio Pinto.
This is here an archemical operation, leading to transmute this platina, very near in quality to gold, to its maturity, i;e gold.
She smiles at Casanova, concerning his answer about the Tree of the Sun because of course, the powder of projection is of no use in this process... here Casanova is maybe a little too much confident :) And Mme D'Urfée is very polite.
And what she said about the "certain ingredient" is true, and is quite easy to understand if you compare the process to the vegetal one. 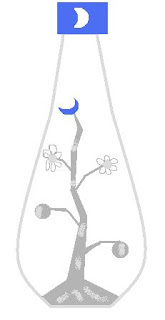