I came to realize that the whole process is an infinite loop on a giant rollercoaster. Why people enjoy rollercoasters ? Because it's fun. 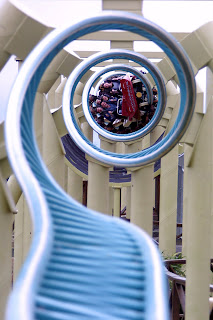 After vomiting, it is funnier.
This process named "Evolution", is :
Mechanical. Autonomous. Automatic. Inevitable. Inescapable. Necessary.
No beginning, no end. Thus there is no rush at all for evolution, because, you never go anywhere, whatever, whenever, however, whoever, wherever you Are, Do, Have. Even if you 'rush' in order to get out of the Game of the Creation ... you will still be in it at some moment, because, it is the process, the Loop.
When you are in Pure Vacuity for an Eternity. You obviously lose the Enlightened State. It is impossible to be Enlightened at this Point. Because there is not other reference Point. Thus, you are nothing at all, you don't exist, because there is nothing different of your Nothingness. You have no knowledge, no life, no love, no power, no being, no light, no existence, no memory of your nature, you are "no.body". NOTHING.
Try to figure out this state, this state of Godship. How can you *know* you are either tall or small, without a Creation poping "out" (lack of better term) of yournonself ? Dividing yournonself in a cosmic rainbow/snake in order to know yourself as nothing... Creation is a necessity. Enlightenment is just the Exi(s)t Gate.
But it is not a more precious instant than any other instants lived by any kind of being in this Creation/Matrix, because the Creation is not made only for Elightenment, but mostly for the Duality and the unconsciousness, as a pure contrast of 'Nothing/God.dess'. Enlightenment is more a release. Dying to the duality in order to be alive in Unity. And living between them, touching both sides, in order to have the reference Point, making possible the Understanding, the comparison between hate and love, light and darkness, something and nothing, someone and nobody...
Creation (making of nothing a something) is the opposite moment of Global Enlightenment or Ascension (reducing a something to nothing). It is something absolutely amazing. Exactly as Enlightenment.
This is why one should enjoy this place. Because there is nothing else to do, and because it is Mechanical, Autonomous, Automatic, Inevitable, Inescapable, and a Necessity.
And because God is Nothing, It has no memory, no records. It means that we are playing the same different versions of this theatre piece since "no ages". On and on.
You need to Be, in this Creation in order to Do the Game, and to Have the experience of Yourself. There is no other thing to do than that. This is the maaiin game.
The whole idea is to Wisely Celebrate Life, and enjoying the Creation. A Wise Celebration of Life means to be Aware of the Game/Maya, and nonetheless being in it and enjoying it at its fullest, deepest, Wisest, Widest, Wildest parts ! 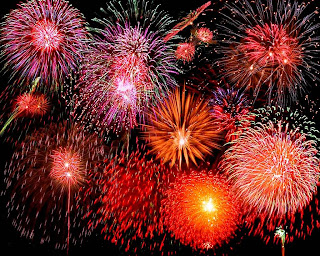 The Red Stage is a moment of dynamic innocence. You are like a child playing (green integration), but whatever the game, you are not attached (white integration), and you know everything has a beginning and a end (black integration), you even work consciously in order to build something great, in order to make of it a great caput for the black stage ! (such a surprising thing to witness in fact, white and black work hand in hand). You are back to the World, Celebrating Life and the Creation. Integrating both sides into one : Spirituality IS in the world, in the Matter, in the Matrix ! You don't believe at all in this world, but you enjoy playing in it, with the Philosophical W.W.W mind state.
By .: Salazius Hermès D'Artigné :. No comments: