SM tends to act like people taking seats in an empty theatre. Imagine they all come alone. No couples/duo or group. They all tend to let like, 5 seats between another "unkown" person.

Then, when more people come, they have take place between the two other persons, and finally, when there is no more room left, they have to seat near another person.

I see this everyday in the tram. People just tend to seat far from other persons, and I can predict which seat will be next taken at next tram station. It's a law, a rule, and IMO it is the same for SM coagulation.

Once people get to know each other, they tend to make bonds and stay in a more stable relationship. But it needs time + pressure. You need to fill the wagon.

Also, if you make people/SM enter in only one gate, none will get out. No escape. They have the obligation to got with the other.

Actually, matter behave in a way to fill ALL the space with the little matter available. => great distance between "particles"/people, no coagulation. Because it is a law of dispersion.
When there is a pressure of matter in the flask, there is a law of coagulation, exchange between particules/Persons. And then the coagulation is made easier.

I'd also like to point out something very important.

I'm aware of different type of condensation of SM.

I've heard of a "heavy & very cold water, difficult to putrefy", and also of "a golden oil", "a very solid dark red oil, very difficult to melt", "of very volatile salts vanishing at the temperature of the hand", I seen "some fix salts and/or a greasy water", or even "a kind of yogourt (that turns red afterward and cure all illnesses and transmute)", and of course, a very common manifestation that we almost all encountered at first "a very volatile water".

I had experience with several of these manifestations. Not all of them of course. But I know that some manifestations, as reported in certain old texts (private texts), can be very quick, and effective without doing much processes afterward.

All these are expressions of SM. For sure it is. Also to note that we have generally, under a liquid or solid form a succession of colours (sometime bleue green = green = yellow = red, or just clear to yellow/golden, or just clear, white, red) and no blackness. Blackness will only come after a new adding of fresh SM. Because, a matter needs to be mature and complete (salt, sulfur and mercurial forms), in order to be reincrudated with its Mercury. Then SM is not used a Prima Materia, but only as Secret Fire.

Now, I'd like to point out that the differences of these manifestations are due to the process used to manifest it.

Fixity also depends of the quikness of the manifestation. The longuer a process takes, the more you'll get volatile matters (as salts and water). The more "pressure" you give, the fixer and the denser will be the SM in its manifestation. It to be noted that the medium used as carrier is responsible of that kind of manifestation.

I'm not speaking of what is inside the flask, because here, in the pure forms, there is no.thing. But to notice that of course, in the case of magnets inside the flask, the nature of it, will change the manifestation. Some magnets will get only the "seed", and will pass colours. Some will only be under a form of water (sometime not very stable, I had with that, a lot of water in just a flash, and then nothing left inside, that's why I think a magnet of that type needs several quality of deliquescence and "need"), and some will get both, a sulfur and a water (sometime more of one, than the other).

My opinion is that the operator should understand :

It is possible that I forgive something here. It will be probably complete by my good fellows here.

Some of the points above have been discussed over the forum and some in this post.

So, I'll expose some of the above points that were maybe not enough stressed on.

1. SM is energy. It can be at several levels of manifestation. Mental, astral, etheric, or physical. One can start its condensation to one of the above levels. But in a way or another, it will need to respect all the ladders of manifestation. Waves, Plasma, Water/Oil, Salt, and a blend of all the principles cooked and fixed. (Fire, Air, Water, Earth, and then Q.E).
It is a fall of something very "high" to a lower level. We could say it is our "pure spirit", or "our Lucifer". As such, there is a principle of INvolution that is strongly expressed. This means, that you should NEVER ingest such matter, because it is on the path of "Satan", if I could say, or Blackness/Death, Putrefaction, Darkness. Not that it is "bad" or something, but just that you are not seeking to take inside your structure something of such a crudity, no, you seek something cooked and perfected as a "Christ" or of a "Buddhic principle" (or anythingyou want saying the same thing, Horus, or Odin, etc). Id est, Light perfected by the full cycle and thus perfectly transcending duality.

2. This is very hard, because you need to know what happens in such or such case. It asks you a lot of experience and a lot of discussion with other alchemists. Not everybody can have access to reports and texts, or someone who did the stuff. So, it is more likely that you'll never have all the keys in hand, just some. That's okay since you can manifest something, and then, you can extrapolate your understanding through meditation, and knowledge of hermetical principles.

3. I said few words about it above. It is one of the mystery for the beginner and a great key in my opinion. Sometime, the simpler the better. One should understand the nature of the four elements perfectly. Meditation won't hurt of course.

4. This you can only do it when you choose to manifest something specific, oil, water, salts ... depending of what you seek. Imagine you need a water of SM to make an ens. Or maybe you need a fix or volatile salt of SM to reincrudate a mineral matter. I can tell you that the water of Sm upon a mineral will do nothing. No agressivity. But a salt does the trick.
Maybe you need a specific secret fire for your SM Stone. Thus you need to know what to do, and how to do it.

5. You can work on an ersatz path and you'd like to boost it. OK. But if you work properly, your matter inside the flask will be "complete" in its principles, so, no needs whatsoever for the lacking element. How will you do ? There's a way of course. It's acting upon a supercharge of your secret fire.
Maybe on a bastard way, what will do the trick for a "water" accumulation ? What will do the trick for a sulfur of SM manifestation ? You need to understand the principles of matter and their nature, what they like and dislike.

6. I made an accumulation of SM into a salt. It was a dry path. I left my flask, under vaccuum for several month, in a dark place, room temp, and untouched. The flask exploded and the salt ran out. Actually the SM did it's job all the way, and broke the shell, becauseit was perfected by itself. These kind of errors are heavy. But when you don't know ...
A friend of mine made a heavy water of SM manifestation in several hours with manget inside his flask. He looked (unshielded) inside his flask. He turned mad. He tryed to commit suicide after that. He ingested some with gold (Sm + magnet + gold).

When you make such manifestations, be sure you attract something dense with the process, in the astral arround you. It's in these moments that you need to understand the nature of a faraday cage and also magick circles. Because you need to shield on all levels. And the higher the level is, the more "magickal" the shield need to be (without neglecting the physical counterpart).

You can (you can, but I don't say you have to !) also charge your SM. Because it is also a magickal act. I said it was "Lucifer", yes. It is a manifestation, a dualisation of Unity or "Pure Light" (as principle) into a dense form. So you can wish something. If you don't magnetise, charge magickally your SM when manifesting, be sure the SM will follow the will of the surrounding forces, like any entity, a memory in the place, your mood, etc around. It can mess up a lot of things in your life IMO. Alike the coagulation of mercury, Petri Murien said that the operator had to be very clean and pure, because it will take in its structure, like a photography, all the impressions around. Sm does the same, and you can just, and it is better IMO, to wish that theSM stays pure and bring God's Love with it. Some will not accept my idea of "magick" in the SM field, but it is a fluidic capacitor (as a sulfur it can be charged with astralenergy, and as a mercury it can bear a programm/information). SM as highly vibrating matter will be imprinted with what you put in it. That's also why it needs to be shielded. It is radioactive, and you should behave like if it was a kind of uranium or plutonium. It is Luciferium in fact. It is a Stem Cell of the Universe. It can manifest and bring anything down here. Manifestating SM is NOT a common thing, or act to perpetrate. It is IMO, equal to a ritual of magick.

7. what can block you is trying to relate to "big bang", "quantum" theories to SM manifestation. My opinion is that, we are more close to the vision of AA Bailey with "mental atoms", "astral atomes", etc.

And we have in fact, just a theory of the four elements that can explain everything without complexifications as :

I hope this will help my brothers.
By .: Salazius Hermès D'Artigné :. No comments: 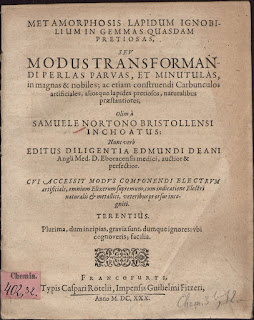 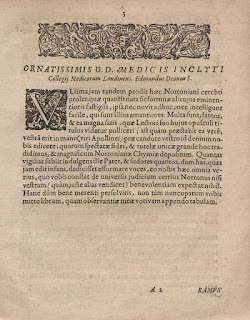 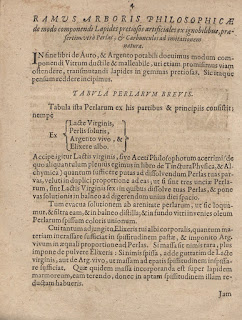 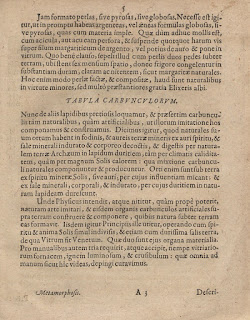 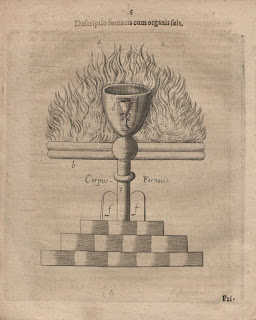 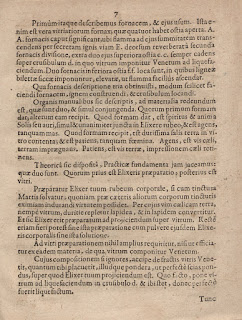 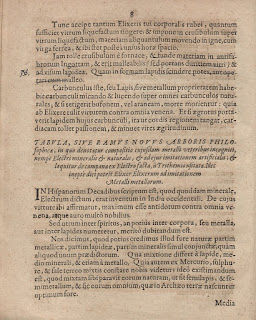 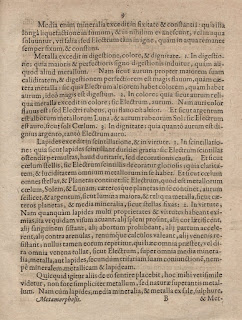 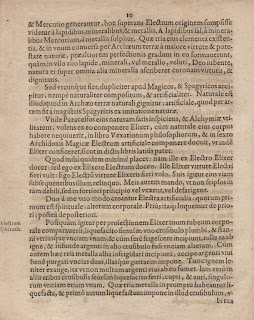 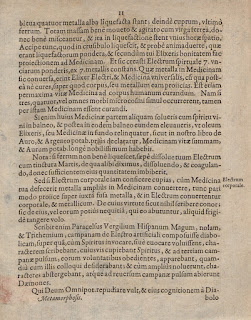 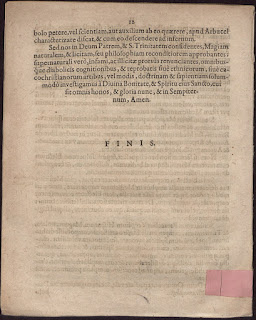