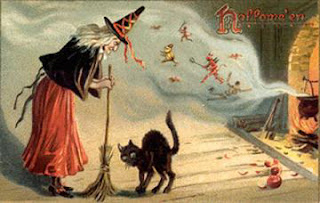 Spiritus Mundi and the Vision of Nature

I rarely speak about the Spiritus Mundi subject. I'll make an effort and share, not totally openly - sorry, several things I understood during my journey toward it. I'll speak from MY point of view and experience, it can be different for someone else of course.

The Spiritus Mundi really put your brain upside down, and without a close look at how Nature work, it is barely possible to understand the way it works.

You reach, a philosophical (no)limit in your Vision of Nature with Spiritus Mundi, simply because it is a universal and major key. They say the first matter is everywhere, and indeed, it fills the room. It is an essential part of the functionning of Nature, so, even if you don't seek it, you'll stumble on it one day or another. And you probably already have. But the secret is really in the way to condense it physically and quickly.

We already said here that SM must be in link with the Genesis. But more than that, it is linked with awakening. Actually, there is a great bond to do between SM and the process that happens during an awakening. I let you here with your meditation about it.

I said you find a no-limit with the understanding of SM process.
At a certain point there is no more Alchemy, and there is Alchemy everywhere. It's hard to find the limit, because there is no more boundaries. The vision is expended to the secrets of the universes, wide, wide, wide... and everything makes sense. Your own personnal position is also re centered and your place in this world is changed. You find your place, and thus the place of everything.

At that point the high is below, the below is high, the in is out, and out is in.
As above so below, as inside so outside.

We live between two mirrors reflecting each one another.

It's all smoke and mirrors. And the marvellous thing, is that somke creates the mirrors and the mirrors create smoke also ...

Can a single pice of this universe be disregarded after such a realization ? No. All philosophers put the Sun and the Moon at the same level in the sky (in engravings or paintings etc). This is for a reason. Father and Mother, yes, but more than that, I said the the mirrors were reflecting one each other, and thus you find the Father and Mother at a wide range of levels, all acting of concert for the manifestation of Life.

Because actually, this is a raw universe you generate from zero when you condense pure SM.
Understanding this make you see the Cycle of Nature in the widest possible options. And make you discover the reason of the Universe and the Creation. It explains the "big no bang" and the reasons and how the other universes come to life after that there was already several universes before. All the visions of the mystics speak generally of the creation of the first universe, but not of the cycle of the universes.

The Vision of the Nature cannot anymore be confined to the laboratory, because it is universalized to the most extreme extend. There is no more "alchemy", because Alchemy is absolutely everywhere, and penetrating everything. No more limit between the lab and nature, or between YOUR work, and the work of Nature.
By .: Salazius Hermès D'Artigné :. 2 comments: