A-Z (easy) Genesis 101.
Big bang, do not exist, it's not big and not bang, it's all silent, and it's not explosive, and it takes place now.here, between two infinites : infinitely big, and infinitely small, so, in no dimension possible, because there is no possible reference point, only a Nothing, but a Nothing is by definition, nothing at all... 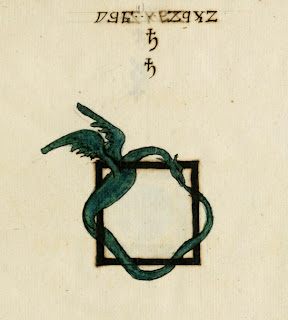 Genesis is a perpetual spring, a fog, then water, and then a circulation and a densification. And also, a decreation. The Spring in order to exist must have a reverse process. Like Sun and Black Holes. This is the mystery of the cycle, and of multiplication. We know that when the Stone is multiplied, it goes back to the Source, it is an uncoagulation of matter, back to Silence. Silence is before the Word. The Word/Verb is a beat, a pulse, a wave, a sound, a vibration, a contraction and an expansion, a cycle, a ripple on the surface of silence, a music, and when this expression reach the limit of the Cosmos (which is the limit of its own expression in quality and quantity, which is under the sigil of Saturn) then there is a bounce, a decreation, going backward to the Source for the reverse part of the cycle. The Word have a limit in its expression, because the Whole Potential is Expressed. Each Creation and Recreation will always replay the same song. Because … there is nothing else in the nothing than an infinity of potential. Like all the colours in the rainbow are present in the white light. But this expression is marvellous, because it can by itself set a beginning and an end, a start line and a finish line, because by itself, it is equilibrated, balanced. Creation is a perfect thing. Again, it cannot be otherwise, simply because Nothing is Perfect too, as a mirror of the Nothing, it is then Perfect, even if you don’t think so.
True time is marked as cycle, the only way to mark a moment is to know the entire cycle, in order to have a reference point in the whole cycle, true cycle is marked by colours or phases; the alchemical time is marked by black, green, white and red, and back to back again and so on. But only by its own cycle. The cycle of another structure is not a reference point. We are not planets. We are not (totally) devoted to the planet and Sun's cycles. We are humans, and we depend on another level of the Sun. Each kingdom depends on a Sun. Even the Whole creation depends on a Sun. This is the Central and Universal Sun of the Cosmos.
An Enochean Call say : " the true colours of time", yes, they are indeed, because everything happens now, but not in the same space time. Otherwise, everything would be One and Unified, without ex.istence possible. Nowness in the creation process is diffracted.
The Whole Nothing as Potential will, and need, and must be Ex.pressed as Something. This is the Cosmical Scale, bringing equilibrium. 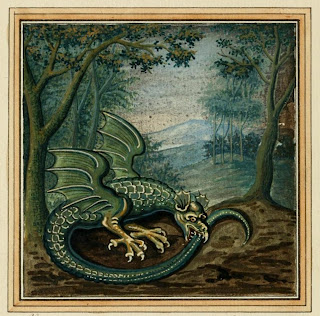 Spiritus Mundi, Anima Mundi, Sal Mundi, are the Expression of this Nothing as coagulated vibrations. The Word comes BEFORE Light (Sulfur). The Word is the Mercury, the information, from it, everything comes out. Everything you are, everything you touch, see, smell, etc. All this is an imaginary creation by the Nothing as a mechanical process. God is Life, and Life is Lived by Itself. The Whole Creation is an inevitable, and automatic process. It cannot BE otherwise, otherwise it is True Death, and it is impossible, because Life is Life ! It is an imaginary creation because only the mental principle set patterns and conceives things, that will come to density, but nonetheless, will always be from the Nothing, for the Nothing, via the Nothing, into this Something. Only the Nothing is real, everything else is imaginary. The Stone is an imaginary thing, created in order to makes you understand that this world is an imagination.
"It is you mind that created this world" Buddha.
Creation IS Balanced, Nothing IS balanced, but ALONE they are NOT ! Imbalance is just a partial vision of the whole pattern. Cyclic imbalance creates balance and perfect dynamic dis./equilibrium.
Spiritus Mundi is able to express the whole spectrum of the Divinity by making in and by itself a prism able to make a diffraction of its qualities. You have God;ess/Nothing, and you have a Some.thing (as Binah), that express itself as things, as a 'rainbow', this is the Chokmah state (for kabbalists). And then you have everything coming and dividing itself again and again until they create vortexes and begin to agglomerate into denser realities.
Matter finds a dynamic equilibrium in the cycles of its evolution. It is a whole pattern of expression, in perpetual communication.
The Beginning is an End. Depending the sense you take it, from where you come from.
The Primordial Void is a disequilibrium, that's why the Something must come to life, to ex.ist.
When the Something and Nothing are equilibrated it is the maturity of the Universe, but the Something will take the advantage upon the Nothing, and then the Nothing will come back in force. This is the Cosmical Ouroboros or Perpetual Motion/Perpetuum Mobile ad Infinitum. Because it cannot be otherwise. Everthing comes from One Source, Ex.isting as this expressed (ex.pressed something) in the Oneness, and going back to Oneness but in the Nothingness.
Spiritus Mundi comes into our Universe because of an imbalance in the equilibrium between things and nothing.
It is the Word, the Word is the flesh of the World. When you take the Word, and express the Word by yourself, both annihilate and recreate Primordial Silence. Noise or sound, or vibration, is the first something out of pure nothing.
By .: Salazius Hermès D'Artigné :. No comments:

Grasp the essence of the Art before your bunsen beak.

As a beginner you'll rush on labware, on protocols and recipes, you are eager to create tinctures and different products and most importantly, to test them in order to have results.

You want to express your creativity and your inner genius in your practical work with what (the little) you know. But, you have no experience yet, you don't even know how these products will work, some keys are obviously missing. Of course they miss because they are not found in books, or you can have them by an initiator. (and I wonder why it's always a kind of "101"- a lot of stuff on this blog, very important 'details' and informations, coming out of my practical experience in the lab was exclusive and new, and I wonder why, if all the authors have been actually working in the lab, why then, they don't express all this knowledge in their books, rarely, very rarely old authors speak about the inner contact with the matter in the flask, the contacted "archetypes"/beasts, the feelings and experience you can have in such situation, as if, a whole side of Alchemy was hidden or only existing as symbols in engravings, but it is a far more vast Science).

It is important to grasp the essence of the Art before being a technician in Alchemy. You technique is just a mirror of what you have inside yourself. At the beginning you have nothing personal (as experience and philosophy) in you, what you have can come from others via books, teachers, conferences, blogs ... but all this must be checked in the reality, and must pass the test of truth : Matter Never Lies. This is why Alchemy is one of the most concrete and palpable spiritual path. If the Matter shows you the Truth, if you don't see it, it is because of your inner chaotic vision. You cannot grasp a message when you don't understand the language, and when you are not able to decipher it.

Here are the two main problems : How to make the matter speak, how to understand what it says. Both depends of what you understand of the Art. Both can be solved by the Hermetical Vision or the True Understanding of Nature.

All this takes time & work, also a lot of engagement, dedication and energy are needed by the neophyte in order to have some advancement in this Art.

In order for you make matter speak, you need to open it, to make it evolve, and for this you need to know the Fires. Once you master the different Fires, you can witness changes. And then you can try to understand what Nature is trying to tell you. We can really touch cosmical concepts with that.

Empty techniques will yield nothing philosophical. You need to act philosophically in the Lab, and to make a conjunction of Lab, and Oratory in order to really have a Laboratory work. Only one will give nothing, both complete each other and are the complete philosophy. Alone they give nothing striking, but together they will generate a deeper impact on your psyche. And this is important.

Not all that shines is Gold, not all that is red is the Stone. Fool’s Gold is not just a pyrite, but an important principle. Discrimination can only be done by the mind’s eye, and not by the physical eye. Only the essence of the Art will give you this understanding of the real level of a production you have. Alchemical Science encompass a lot of levels of powers, from the simple extraction to the multi cycle evolved Pure Spiritus Mundi upon itself, which is the highest level of Stone. Between them you have a variety of productions, more or less powerful. Only the knowledge of the levels can give you a reference point for what you get.

Being an Artist is being a philosophical technician, with this Wild, Wise and Wide Vision of Nature in yourself, in a communion with the process you launch. You are just an agent of Nature, an applier of the Fires.

Matter never lies because it is an impossibility. Matter is the engraving of signatures, cycles, energies, process, evolutions, forces... and will express it as they are, directly under a language of forms. This is how God.ess speaks down here. The imprint, or fingerprint of Life is directly stamped into shapes and events, qualities of the matter. You see it or not. Having the Hermetic Vision is having access to this level of language. At first you find the language, and then you can speak it. The matter is the body of God.ess, as such, it is a precise vehicle of principles, the tables of laws were engraved into the rock, the laws are engraved into matter, this is the same thing. You can see specific things in the lab, and you can, will and should, broaden your vision by encompassing everything that is. You can decipher the whole creation. You can clearly find the Ariane's string into the labyrinth. Explaining this Vision in the detail would take a whole book, and one should have a strong stomach to digest all the principles and complexities of such language...but to the brave heart, everything is possible !
By .: Salazius Hermès D'Artigné :. No comments: